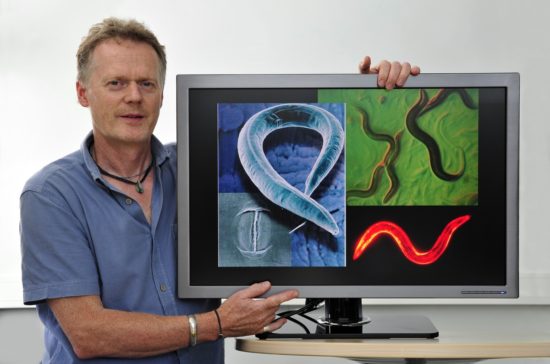 His research focuses on the functional analysis of genes involved in diseases, using the nematode Caenorhabditis elegans as an animal model. In order to exploit the superb genetics and neurobiology of C. elegans as an in vivo model for drug discovery, he cofounded in 1999 Elegene AG in Martinsried, Germany.

Baumeister received his diploma in Biology (main focus on Microbiology, Human Genetics, Biochemistry and Computer Sciences) in 1987 and his PhD from the University of Erlangen, Germany in 1992 (predoctoral research visits: Karolinska Institute, Stockholm; University of Berlin). During his postdoctoral research at Harvard Medical School/Mass. General Hospital, Boston, USA he focused on nervous system development in C. elegans. Starting in 1996, Baumeister became group leader in Neurobiology at the Genzentrum, Munich, and in 2000 Professor of Biochemistry at the LMU-University of Munich, Germany. He accepted a position in Freiburg/Breisgau in September 2003 as a recipient of the “Qualitätsoffensive” Award donated by the State of Baden-Württemberg. He also received the VAAM Research Prize in 1993, the Philip-Morris Research Prize in 2001, and the Familie-Hansen Research Prize from BAYER AG in 2002. In 2008 he was awarded the Alzheimer Research Prize by the Hans- and Ilse Breuer Foundation.
Professor Baumeister is the founding director of the Center for Biological Systems Analysis (ZBSA) in Freiburg, at present he is member of the ZBSA board of directors. From 2007 to 2010 he was the director of the section LIFENET  at the Freiburg Institute for Advanced Studies (FRIAS) and until 2012 he was a FRIAS Senior Fellow.